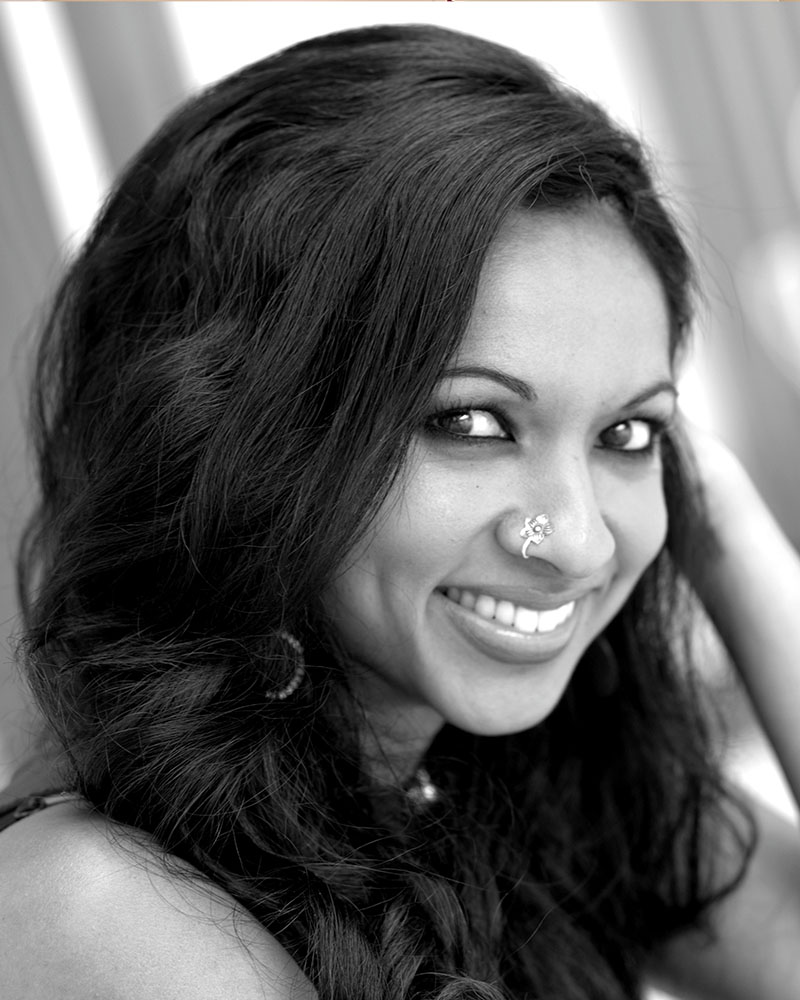 Gingger Shankar is a singer, violinist and composer, and was born into one of the world’s most acclaimed and influential musical families. As the grand-niece of Ravi Shankar and Uday Shankar, her early days of training included attending India’s most prestigious dance and music school. She began her career as a teenager, performing Indian Classical concerts with Zakir Hussain and Vikku Vinayakram. Her accomplishments include working with top producers and film composers including Mel Gibson, The Smashing Pumpkins, Trent Reznor, Mike Nichols, Mike Myers, and James Newton Howard. In addition to her film projects, she has also lent her voice and violin to several diverse projects ranging from soundtracks to pop and electronic hip-hop.

An accomplished artist and performer, Gingger is the only female in the world that has mastered the 10- string Double Violin, an instrument that covers the entire range of the orchestra’s double bass, cello, viola and violin, and of which there are currently only two in existence. Coupled with her voice, which covers five octaves, the sound is unparalleled, unbridled, and unforgettable. She debuted with the Chicago Symphony Orchestra as a soprano in Osvaldo Golijov’s opera Ainadamar and later performed it at Carnegie Hall. The multi-talented powerhouse transitioned from opera to rock, Gingger then toured with the Smashing Pumpkins as a special guest on their 20th Anniversary tour.

In 2011 she was chosen as one of Filmmaker Magazine’s ‘25 New Faces to Watch’, as well as becoming a member of the Advisory Board for the Sundance Film Festival. Gingger composed music for the critically acclaimed 2011 Sundance U.S. Dramatic Audience Award Winner Circumstance directed by Maryam Keshavarz. In addition to being the artist and co-composer behind the poignant score of Mel Gibson’s blockbuster Passion of the Christ, Gingger’s music can be heard in Mike Nichol’s film, Charlie Wilson’s War.

She guested on the Katy Perry album Prism. She composed the music and wrote songs for Heartbeats directed by Duane Adler with Jay-Z and Roc Nation. In 2016, she worked with Former First Lady Michelle Obama on We Will Rise for the First Lady’s ‘Let Girls Learn’ initiative which was the highest rated film ever to air on CNN. We Will Rise was premiered at the White House on the International Day of the Girl. In 2018, she scored Viper Club starring Susan Sarandon.

She most recently produced and scored Akicita: The Battle of Standing Rock directed by Cody Lucich. She worked with Indigenous Artists to create a unique sound and soundtrack based on her time there. Her most personal project to date is Nari. She debuted her multi-media project Nari at the Toronto International Film Festival and the 2016 Sundance Film Festival. It follows the untold story of Lakshmi and Viji Shankar (her mother and grandmother) as they brought Indian music to the West with Ravi Shankar and George Harrison. In the project, she takes vintage recordings of her family’s music from over 14 languages and creates brand new songs and variations at every performance. She is currently working on the full length documentary as well.