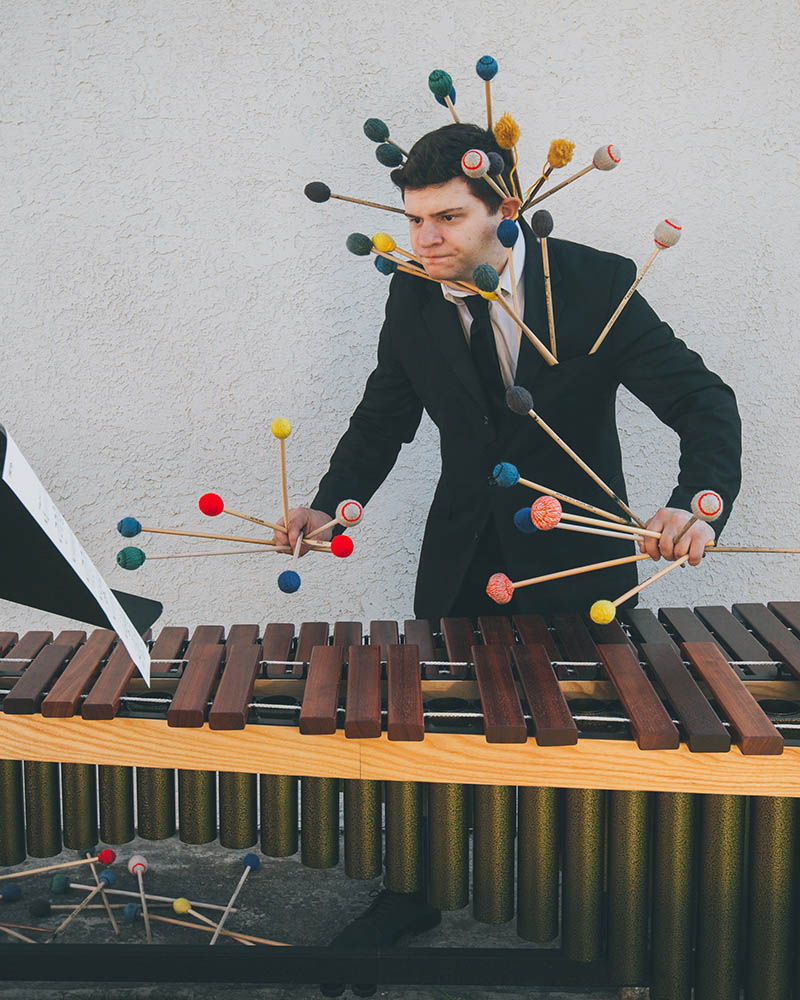 Hal Rosenfeld is a percussionist, composer, arranger, and orchestrator whose work can be heard in over 100 films, television shows, and video games.

Recently, he was a part of the Emmy Award-winning music team for FX’s Fosse/Verdon, working alongside Hamilton’s Alex Lacamoire as music producer on the series’ songs and score. He also played drums on the Grammy-winning soundtrack and score for the hit film, The Greatest Showman. Hal has toured and performed with Kanye West’s Sunday Service, Watsky, Vidya Vox, and is the house-drummer for the Daytime Emmy Awards.

Born in South Florida, Rosenfeld got his start working for noted composer-arranger Gordon Goodwin, as well as under the mentorship of legendary orchestrator Ladd McIntosh, and percussionist Bernie Dresel. He received his degree in Media Composition from CSU Northridge, after studying orchestral and jazz percussion at Florida State University, and has gone on to apply his talents to projects for such luminaries as Elton John, Jonas Brothers, Terence Blanchard, Joe Trapanese, Hans Zimmer, Glen Ballard, Joseph Gordon-Levitt, and Academy Award-winner Justin Hurwitz.

As both a drummer and percussionist, Hal has been featured on projects including The Greatest Showman, HBO’s Perry Mason, Fortnite, Forky Asks a Question, A Series of Unfortunate Events, Zombieland: Double Tap, and the latest Jonas Brothers single X.

As a composer, arranger, and orchestrator, he has contributed to Disney’s Mulan, In the Heights (2021 film), Dollface, Robin Hood, Unsolved: The Murders of Tupac and the Notorious B.I.G., Quantico, Need for Speed Payback, Apple’s iOS Photos app, and China’s highest grossing film of all-time Wolf Warrior 2.

Rosenfeld arranged music for two 100+ dancer musical dance sequences in Showtime’s Penny Dreadful: City of Angels, which have earned praise from sources such as TV Guide and A.V. Club, as being series highlights.

Hal currently lives in Los Angeles, where he once made prolonged eye contact with Emma Watson at a party.