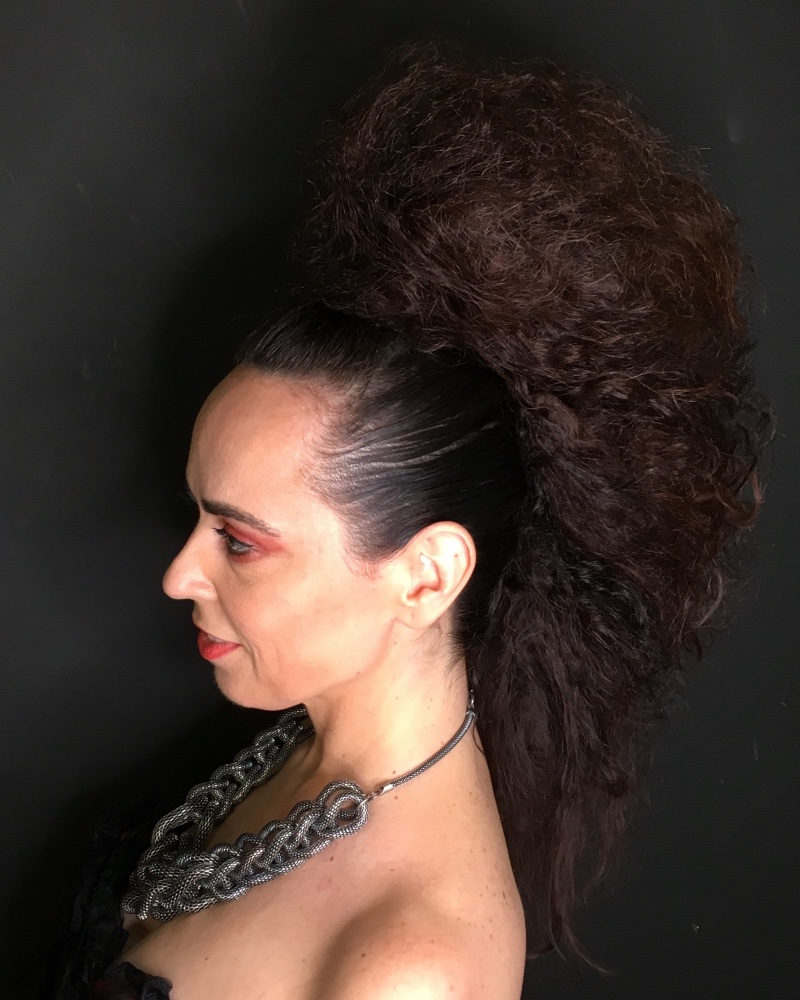 Zeltia Montes, composer for Film, TV and Concert Music, was born in Madrid. She began to study piano at the age of 4 and entered the Conservatory soon after. She started to compose in a natural way at the age of 9, and knew that she would always want to do this as a way of getting to know herself better and to be able to communicate with others through a more pure and reliable means of expression. She received her Teacher Certificate in Piano from the Professional Conservatory of Madrid and a Degree in Theory of Music, Accompaniment, Solfeggio and Transposition from the Royal Higher Conservatory of Music in Madrid in 2002. During this period, she prepared herself as a classical pianist studying mainly with Julio Cesar Setien. Soon after, she decided to study modern music in the “Creative Music School” in Madrid, where she specialized in modern harmony, composition, piano and voice. In January 2005 she moved to Boston to study Film Scoring at the renowned “Berklee College of Music” where she was awarded the “Berklee Achievement Scholarship” and the “International Grant”. During her time at Berklee she was elected President of the Society of Composers at Berklee, the largest and oldest association at the college. Furthermore, she received the Composition Award “Youth Concerts at Symphony Hall” 2007, awarded by the Composition Department. At Berklee, she has been a student of the most distinguished professors including the contemporary composers John Bavicchi, Tom McGah, Francine Trester, Dennis Leclaire, Yakov Gubanov and James R. Smith, the conductors Louis Stewart, Ronald Feldman and George Monseur, the film composers Sheldon Mirowitz, Jon Klein and Richard Davis, and the music editor Eric Reasoner. She graduated from “Berklee College of Music” in May 2007, obtaining a Dual Major Degree, Summa Cum Laude, in Composition and Film Scoring. She combines her activities as a composer for Film and TV with several commissions for Concert. She has been the winning composer for the new ‘Berklee Contemporary Symphony Orchestra’ season 2007-08, and also has been commissioned a piece for the prestigious Contemporary Chamber Orchestra ALEA III, under Theodore Antoniou’s musical direction. Recently, she has composed the main title music for the TV Documentary series “El Camino del Cid” for Spanish National Television (TVE) and the film score for the feature film “Pradolongo” from Spanish director Ignacio Vilar for which she has won the Jerry Goldsmith Award in the category of Best Score in Picture at the IV International Film Music Conference “City of Ubeda” 2008. In this same ceremony she was also honored as the winner of the Jerry Goldsmith Award 2008 for the best Young Composer, the most important award chosen amongst the winners in each category. Her score to “Pradolongo” has been nominated for the Mundo BSO Awards (the world’s largest web of commented soundtracks) as one of the five Best Spanish Soundtracks of 2008. In 2009 she has been awarded the “Director’s Choice Gold Medal for Excellence” for Pradolongo, award for the Best Impact of Music in a Feature Film at the “6th Park City Film Music Festival”, Utah. This year she has also won the “Best Music in a Documentary” at the Movie Music Competition of the 7th Garden State Film Festival, New Jersey, for the Main Title of the documentary “El Camino del Cid”. She has been nominated to the “Mestre Mateo Awards 2008” of the Galician Academy of Audiovisuals in the category of Best Original Soundtrack, to the 8th edition of the Goldspirit Awards as Best New Film Composer and to the “Hollywood Music in Media Awards 2009” in the category of Best New Composer. This ceremony was held at the world famous Highlands/Kodak Theater Complex in Hollywood and was aired in seventeen countries. The CD of the Soundtrack for the feature film Pradolongo was released and is available worldwide. Zeltia has recently completed the score for the 3D animation feature film “La Tropa de Trapo” (international title “The Happets”). The score has 5 songs, nearly 100 musicians recorded in 3 different countries, including the Kiev Symphony Orchestra and Choir and 8 soloists.